Mr Sonny Banwari is the VP of global business development and operations for Advantest Cloud Solutions (ACS) – a division of Advantest Inc.  He has 30 years of international leadership experience upto level of VP/COO/President including 20 years in US and 10 years in Asia in semiconductor manufacturing and product development/validation supporting automotive, consumer, computing. Military/aerospace, communications, networking and industrial applications. He has delivered top results in positions of increasing responsibility at Fortune500 companies like Intel Corp (20 yrs) and Onsemi (7yrs) and other midsize companies including AT&S Gmbh and Advantest.  He is a multi-lingual with English, Hindi, Japanese, and Spanish and beginner German/Mandarin. He enjoys a high profile in Asia and US technology sector and is board member of Industry associations in China, India and Philippines.  He has a MS in Electrical Engineering from Arizona State University and MBA.  He has also completed MIT coursework on Artificial Intelligence.

Sanjeev Keskar is Chief Executive Officer of Arvind Consultancy. After his successful stint of 35 years in corporate world, Mr. Keskar incorporated Arvind Consultancy, an advisory firm in the field of developing High Value Added Eco- System for Semiconductor and Electronics Industry in India in Nov. 2020.

He was also elected Chairman of IESA (India Electronics and Semiconductor Association) for year 2013-14.

Prior to PMC Sierra, he was Country Manager, Sales, at Freescale Semiconductor from 2005 to 2009 where he led design win and revenue growth for the India Sales. Prior to that Mr. Keskar was the Country Manager, India, for AMD Far East Ltd. from  2001 to 2005. There he started the company’s India operations as the first Country Manager and established AMD India in four years with all major OEM and Channel engagements. Mr. Keskar has also worked at National Semiconductor as Country Manager (1996 – 2001). From 1985 to 1996 Mr. Keskar worked at  Max India Ltd. (Avnet India) as Regional Manager,  Continental Device India Ltd. as Pune Branch Sales Executive and at SAJ – Froude a Pune based Dynamometer manufacturing company as Astt. Manager.

Mr. Keskar received a Master’s degree in Management Science in Marketing and a Bachelor’s in Electronics and Communication Engineering and Technology, from Pune University. 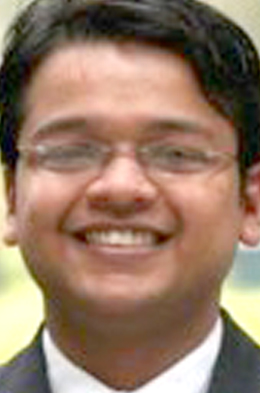 Apurva has done his Engineering from Birla Institute of Technology & Science (BITS), Pilani and has completed his post-graduation in management from Indian Institute of Management, Bangalore.