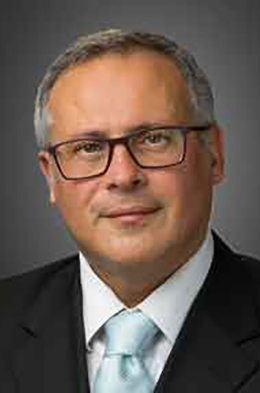 Dr. Chiriva Internati has served as our Chairman and Chief Executive Officer since February 2018 and as our President since October 2019. Between December 2012 and September 2019, he served as Chief Scientific Officer. Between December 2012 and August 2018, he also served as our Director of Clinical Translation Research. Dr. Chiriva Internati has been an Associate Professor at the MD Anderson Cancer Center in Houston, Texas since August 2019. Prior to that, he served as an Associate Professor at Texas Tech University Health Sciences Center from September 2013 to June 2017. His research has led to the identification of novel cancer-testis antigens for the development of immunotherapeutic strategies against solid and non-solid tumors. This led to the development of the bioinformatic software Diamond CancerSplice, which is a key core platform of our company, leading to the discovery and prioritization of isoform antigens via insilico system. Dr. Chiriva Internati earned a PhD in Immunology from the University of Nottingham, United Kingdom. He also earned a PhD in Morphological Science from the Universit`a degli Studi di Milano, Italy, and a Doctoral Degree in Biological Sciences from the University of Milan, Italy. Dr. Chiriva- Internati was a PostDoctoral Fellow in Immunology at the University of Arkansas for Medical Sciences, earned a certificate in Artificial Intelligence from MIT Sloan School of Management and earned a certificate in Financial Technology from Oxford Saıd Business School. 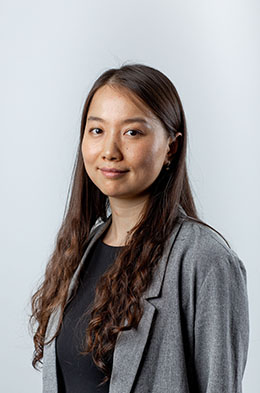 Jingjing Zhu is a senior research scientist at the Ludwig Institute for Cancer Research and has 12 years of experience working in the anti-cancer therapeutical target discovery and therapy development field. After obtaining her Ph. D. in Biomedicine at KU Leuven, Belgium. She joined Ludwig Institute for Cancer Research, focusing on cancer immunotherapy and developing novel anti-tumor immune therapeutics. 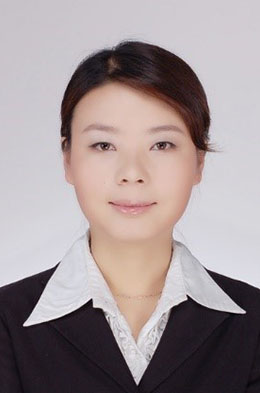 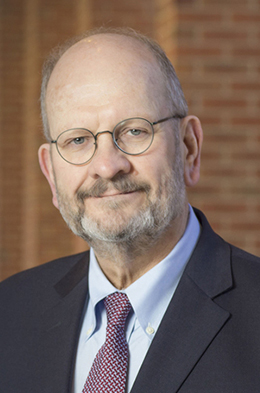 Roy Baynes is Senior Vice President Global Clinical Development and Chief Medical Officer at Merck Research Laboratories in Rahway, New Jersey. He was previously Senior Vice President of Oncology, Inflammation and Respiratory Therapeutics at Gilead Sciences and prior to that was Vice President Global Clinical Development and Therapeutic Area (TA) Head for Hematology / Oncology, at Amgen Inc. In the early years of his tenure at Amgen before becoming TA head of Hematology / Oncology in Clinical Development he was TA head for Hematology / Oncology in Global Medical Affairs. He graduated as a Medical Doctor and obtained a Master of Medicine and Doctor of Philosophy from the University of the Witwatersrand, Johannesburg, South Africa. He has had a long and distinguished career in the haematology-oncology-and stem cell transplantation fields, including drug development, basic research, clinical practice, clinical research, teaching and administration. He is a member of many international societies, including the American Society of Hematology (ASH) and the American Society of Clinical Oncology (ASCO), and has authored some 150 publications. He has been recurrently named among America’s top physicians. Before joining Amgen in 2002, he was the Charles Martin Professor of Cancer Research at the Barbara Ann Karmanos Cancer Institute, an NCI designated Comprehensive Cancer Center, at Wayne State University, Detroit, Michigan, USA. Dr Levitsky is a seasoned internationally recognized expert in immunology, oncology, T-cell immunotherapy and immuno-oncology with in-depth knowledge of preclinical, translational and early stage clinical drug development. He brings extensive experience in pre-clinical drug development of protein-based biologics and small molecules. Dr Levitsky is a medical doctor with a PhD in Virology and post-doctoral training in tumor biology at Karolinska Institute, Sweden. He spent the first 20 years of his career as an academic research scientist, including Associate Professor positions at the Karolinska Institute in Sweden and the Johns Hopkins University School of Medicine in the USA. Before joining Targovax Dr Levitsky served as Tumor Immunology Leader and Senior Principal Scientist with Roche in Zurich, and his most recent position has been VP, Head of Oncology Research at Molecular Partners, Zurich, Switzerland. 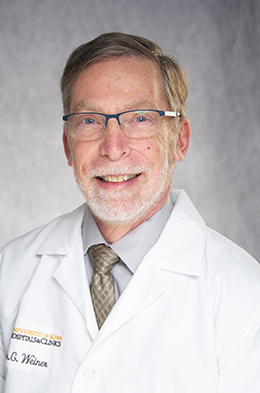 George Weiner MD, is a physician, scientist and founder and CEO LIRECAP, inc, that is based on technology discovered in his laboratory at the University of Iowa where he serves as Director of the Holden Comprehensive Cancer Center, Professor of Internal Medicine and holds the Block Chair of Cancer Research. Weiner’s cancer research has been continually funded by the NCI since 1991. He received his undergraduate degree from Johns Hopkins University, his MD from The Ohio State University and training in Hematology, Oncology and Immunology at the University of Michigan before joining the faculty at the University of Iowa.  Weiner has served in a number of leadership positions nationally.  He is Past President of the Association of American Cancer Institutes and past chair of the NCI Committee that provides peer-review of the nation’s cancer centers.  He currently chairs the External Advisory Boards for six other NCI designated cancer centers. 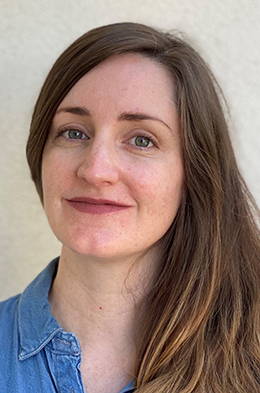 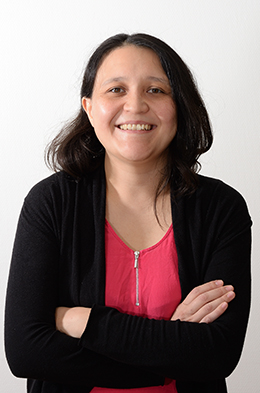 He is an Assistant Research Scientist in the UCSC Nanopore Group led by Dr. Mark Akeson. He is currently working on multiple projects that include: optimizing sequencing methods and developing software for MinION and PromethION nanopore devices; analyzing sequence data from bacterial and human epigenomes; developing novel methods to detect regions of interest as well as base modifications in genomic DNA and native RNA. 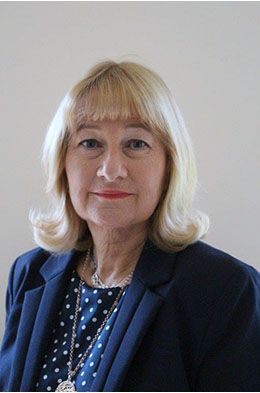 Lindy is Professor of Cancer Immunotherapy at the University of Nottingham and CSO of Scancell Ltd. She has developed a panel of mabs recognised tumour associated glycans and has pioneered an new antibody engineering technology which enhances the avidity of mabs, termed Avidimabs. This has been applied to the anti-glycan mabs resulting in direct killing mabs. These mAbs are also good at drug delivery making strong ADCs with duocarmycin and PBD payloads. She has developed two vaccine platforms ImmunoBodyTM and ModitopeTM which induce potent killer CD8 T cells and and cytotoxic CD4 T cells to post-translational modifications respectively. The first ImmunoBodyTM, SCIB1, has completed a phase I/II clinical trial in which 14/16 patients with melanoma have been disease free for five years. The first product from the ModitopeTM platform will enter the clinic next year. Lindy has over 150 peer reviewed publications and is also the inventor on 66 patents. She was award of the Waldenstrom prize for cancer Immunotherapy in 2019. Paul Keown is Professor of Medicine and Director of Immune Sciences at the University of British Columbia and Lead of the Genome Canada Transplant Consortium. He received his MD and DSc degrees in the UK with post-doctoral research in immunology and clinical medicine in Europe and Canada. 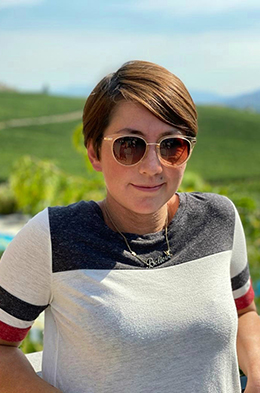 Karen Sherwood is Lead Genome Scientist and Director of Scientific Programs for the Genome Canada Transplant Consortium. She received her PhD degree in Edinburgh with post-doctoral research in gene sequencing and neuropathology in the UK and Canada. Ning is a bioinformatics scientist at Arcus Biosciences, where he is responsible for drug discovery, target identification, and indication prioritization in multiple immune-oncology drug programs. Notably, Ning pioneered the 3D organoids based drug response prediction technology, which largely facilitated cancer model selection. During his PhD, he studied with Professor Alexander Hoffmann at UCLA, where he built up computational framework to identify synergy between key immune response signaling pathways in macrophage. Ning holds a PhD in Bioinformatics from UCLA. 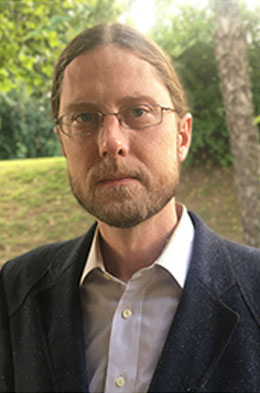 As Director of Biomarkers at Larvol, Dr. Gramling leverages his years of experience in research, technology development, and healthcare industry.  As a researcher, he has examined novel pathways ranging from the impact of coagulation factors on breast cancer to modulators of Ras and Myc signaling in lymphoma.  Outside of research, Dr. Gramling has focused on building the teams and tools to serve markets ranging from clinical trial study start up and health economics outcomes research to benefits management and pharmaceutical competitive intelligence.  With Larvol’s platform Veri, Dr. Gramling is developing solutions and analytic tools around predictive biomarkers in oncology. 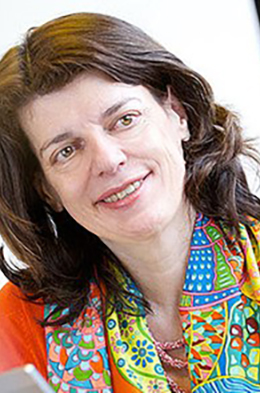 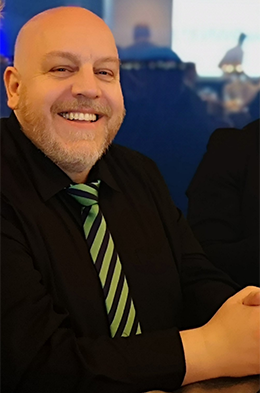 Maik has done his diploma in Biochemistry from Berlin. Stefan Glück, MD, PhD, FRCPC is medical oncologist and currently is VP, Head Oncology franchise in Medical affairs at Regeneron. He leads a fast growing team of internal experts in the field of Hematology and Oncology. Prior to that he was V.P. Global Medical Affairs, at Celgene Corporation since October 2014 until December 2019. He oversaw oncology activities worldwide, as well as the Immuno-Oncology program in solid tumors and hematology. He also contributed to activities of Celgene around Early Assets.

He previously served as a Sylvester Professor in the Department of Medicine at Miller School of Medicine, University of Miami, Florida until September 2014. From 2003–2008, he was the Clinical Director of the Braman Family Breast Cancer Institute, and from January 2009 - December 2010 Assistant Director of the Sylvester Comprehensive Cancer Center and Associate Chief, Division Hematology & Medical Oncology. He has been a PI of 37 clinical studies of breast cancer in Miami, as well as investigator in numerous scientific, translational projects. Before his move to Miami, Dr. Glück was Director of Southern Alberta Breast Cancer Program at the Tom Baker Cancer Center, a Professor in the departments of oncology, medicine, pharmacology & therapeutics at the University of Calgary, Alberta, Canada, and Deputy Head, Dept. of Oncology at the University of Calgary. He completed his medical studies at the Free University of West Berlin, Germany. The internship in Berlin was followed by residency in internal medicine and fellowship in hematology at the Heinrich Heine Universität in Düsseldorf, Germany, and a medical oncology & bone marrow transplant fellowship at the Princess Margaret Hospital, University of Toronto, Canada.

Dr. Glück was presented the “America’s Top Oncologists” 2008 award from Consumers’ Research Council of America, as well as “Best Doctors in America” honor since 2006, and has annually earned that prestige every year to 2014. This award was warranted after less than 3 years of working in the United States.