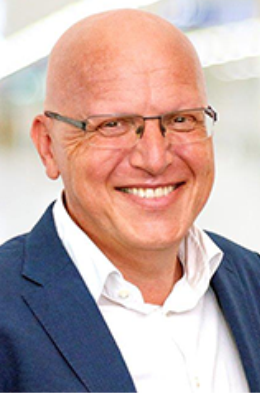 Richard Denk is working at the company SKAN AG, headquartered in Allschwil in the position Head Containment. Mr. Denk founded 10 years ago the expert Containment group of the ISPE D / A / CH. The Containment Group published the ISPE Containment Manual Mr. Denk was responsible for in September 2015. He is Member of the ISPE SIG Biotech Group in Europe and Steering Committee Member of the ISPE SPP CoP. Mr. Denk is co Autor of the ISPE OSD Baseline Guide Volume 2 and Volume 3. Mr. Denk has spent nearly 20 years with the subject production of highly active / highly hazardous substances and has developed the containment pyramid. 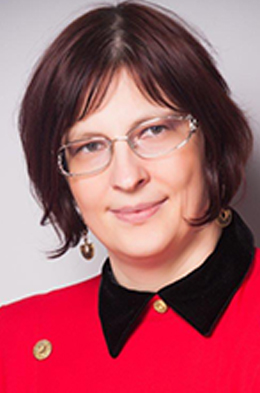 Dr. Ildiko Ziegler has been a professional for more than 15 years in the pharmaceutical industry, has extensive experience in QA, fulfills the QA manager role at Vanessa Research. She has been a validation and quality risk expert for almost 10 years. Ildiko obtained M.Sc. in chemical engineering at the Budapest University of Technology and Economics (BUTE) in 1996. She recieved licentiate degree at the Luleå University of Technology (Sweden) in 2000. She defended Ph. D. at the BUTE in 2000 and obtained the Géza Schay Award for the achievments in the field of physical and theoretical chemistry. 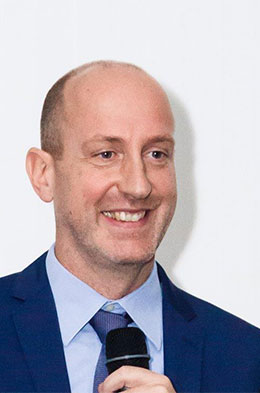 Stefano Butti has studied Mechanical Engineering at university of Milan and graduated in 2000. ISPE member since 2002 he participated as speaker to different congress and seminar on Containment and Micronisation topic both for HPAPI and Sterile application as well as published different articles on technical newspaper. He worked as project and process manager in the Chemical and Pharmaceutical business following Containment and Micronisation system installation worldwide. He also took direct role in the definition of containment system upgrade and optimization for the handling of products with OEL down to ng level with successful results. Also, few projects where combination of sterile and toxic compound handling were successfully coordinated during the nearly 15 years spent in this business.
He Joined FPS company in 2008 starting as Technical Sales Manager and he is now head of the Sales group for the company Containment and Micronisation system provided worldwide. 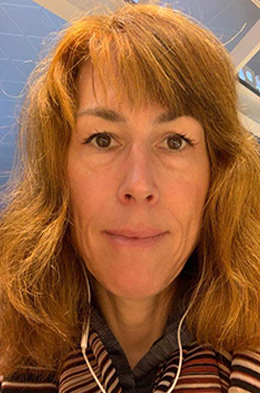 Ester Lovsin Barle, DVM, MSc, PhD, MScTox is the Head of Product Stewardship and Health at Takeda, reporting to the Corporate head of Environmental Health and Safety, Deborah Donovan. She is in Zurich, Switzerland. Her responsibilities include Safety Data Sheet process, maintaining article and material regulatory complaince and scientific development and cross-organizational implementation of health based exposure limits (HBEL) in support of research and manufacturing in Takeda globally, as well as global implementation of occupational hygiene. Previously she has held corporate positions at Lonza and Novartis. She received her PhD in veterinary sciences from University of Ljubljana, Slovenia and a second masters degree in toxicology and risk assessment from Medical University in Vienna. 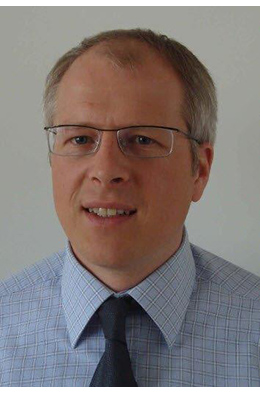 Andreas Schreiner graduated from the University Erlangen, Germany in 1996 in Chemical Engineering. After a Ph.D. and a scholarship at the University College London he joint Roche Vitamins as Head of Solids Processing. He moved in 2006 to Novartis and worked in various departments with increasing responsibilities from project leader to global technology platform leader. Since 2013 he is Head of Validation for Solid Dosage Forms. 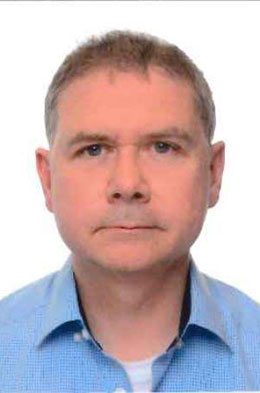 Dr. Thomas Adam is currently the head of global quality assurance chemical APIs in the chemical development department of the pharmaceutical business unit of Bayer. He is responsible for the release of chemical APIs for clinical trials, the GMP-Quality system and the QA-oversight of the pilot plants and analytical development laboratories. Thomas holds a PhD in analytical chemistry from the University of Mainz in Germany. He has about 20 years of industrial experience at Bayer in different QC/QA-functions and a two years Post-Doc experience at Novartis, Switzerland.

He is and was involved in many technical (transfer)-projects so as the planning and launching of the new GMP-kg lab for highly potent APIs and establishing a cleaning concept for the chemical development department. 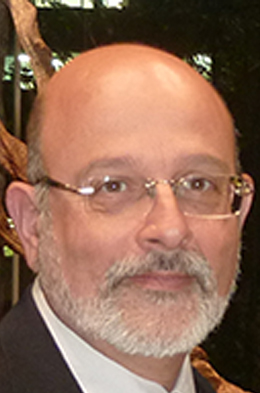 Mr. Shapira is BSc- Biologist by education. Tel- Aviv University- Israel. Yossi Shapira serves Teva Pharmaceutical Industries during the last 37 years. He was involved in variety of complicated roles, projects and operations, in pharma and API production including potent drug substances and potent drug products handling. Using his accumulated experience Mr Shapira has developed potent drugs handling best practice SOPs which are applied in potent API processing till potent final dosage drug in pharma is packed. While executing variety of potent processes in API, and pharma industry he gained special experience in isolators design, for the sake of operator and environment protection. among these projects: potent's milling micronizing lyophilizing, filling and sampling powders and liquids. Mr Shapira is currently the senior expert at Teva global, designing and developing custom made containment applications. 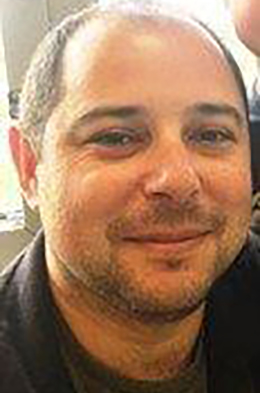 Martin Kohan has done his BSc/MSc in Biochemistry from La Plata National University, Argentina; MSc in Pharmacology and PhD in Medical Sciences both from the Hebrew University of Jerusalem, Israel. Over 9 years of industry experience in the field of Toxicology conducting and managing over 900 hazard assessments, including calculation of exposure limits and/or determination of exposure control bands of drug substances and of their intermediates for Teva (2010 to 2018) and AstraZeneca (2018 to present). Diplomate of the American Board of Toxicology (DABT), European Registered Toxicologist (ERT), and Member of the UK Register of Toxicologists and of the British Toxicology Society. 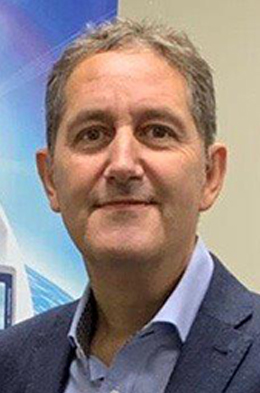 Pharmaceutical professional with nearly 30 years’ experience working on both sides of the industry. Lemaire’s career started with GlaxoWellcome in various production process engineering roles in OSD, Fine Chemicals and sterile products prior to transfer into their Produce Technology Division PTD were he was instrumental in the introduction and development of true process integrated containment technology into the Inhalation Division, which subsequently won GSK’s prestigious Chief Executive Award for Safety.

Lemaire was also instrumental in the technical transfer of GSK legacy Inhalation products Fluticasone and Salmeterol from research into production including Process and cleaning validation.

After leaving GSK. Lemaire was the Co-Founder of a UK based containment company were he continued to work with GSK, Pfizer, Takeda, AstraZeneca and others developing complex integrated containment solutions around cytotoxic blister lines, tablet presses and Pfizer inhaled Insulin. 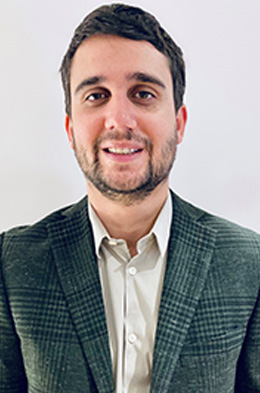 Jacopo Buzzanca is the responsible CDMO business & project management of Fine Chemicals division of Angelini Pharma S.p.A. He brings an extensive hand-on lab and kilo-lab experience in process chemistry research & development of small molecules APIs and HPAPIs with tens of exclusive custom synthesis projects successfully achieved on behalf of pharmaceutical and biotech industry. As drug substance chemical development expert, he is currently engaging and serving to chemical development programs and technology transfer in/out of small molecule APIs and HPAPIs to support business of Angelini Pharma Brand and its pharmaceutical customers. 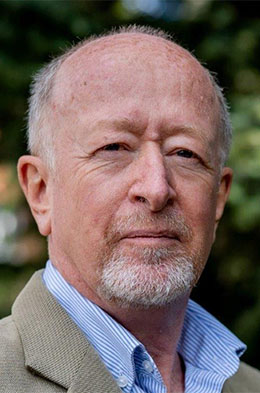 Martin Axon is Senior Principal Occupational Hygienist for SafeBridge and is a Chartered Fellow of the Faculty of Occupational Hygiene; he has degrees in Industrial Chemistry and Environmental Pollution Science.  He spent the majority of his 35-year career in the pharmaceutical industry and has worked in both primary and secondary production environments at facilities in the UK, the USA and the Bahamas. During mid-career, Martin was a Course Director, for several years, responsible for a postgraduate program in Occupational Hygiene, Health and Safety, at London South Bank University. Martin joined SafeBridge Europe in 2005 and has, for the past 17 years, focused exclusively on the safe handling of potent pharmaceuticals supporting clients in Europe and the UK.  Martin is a senior assessor for the SafeBridge Potent Compound Safety Certification Program. 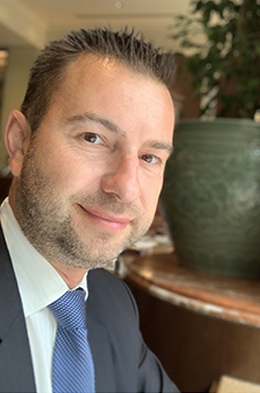 After graduating from Strasbourg University of Pharmacy, France, Jerome spent thirteen years as European Director of Business Development in Catalent, before moving to Penn Pharma as Senior Director New Business development in 2012. Here, he was part of the Executive Team who built the potent Contained Manufacturing Facility (CMF), which won the ISPE Facility of the Year award for Facility Integration (2014). In 2014, PCI acquired Penn Pharma and Jerome continue to act as Senior Director of New Business development to support the growth of PCI High Potent site in Tredegar, Wales, UK. In his current role, Jerome promotes to Customers the PCI Services offering (CDMO) for the development and manufacturing of High Potent solid oral, oral liquid and semi-solid products for clinical trials and/or commercialization.